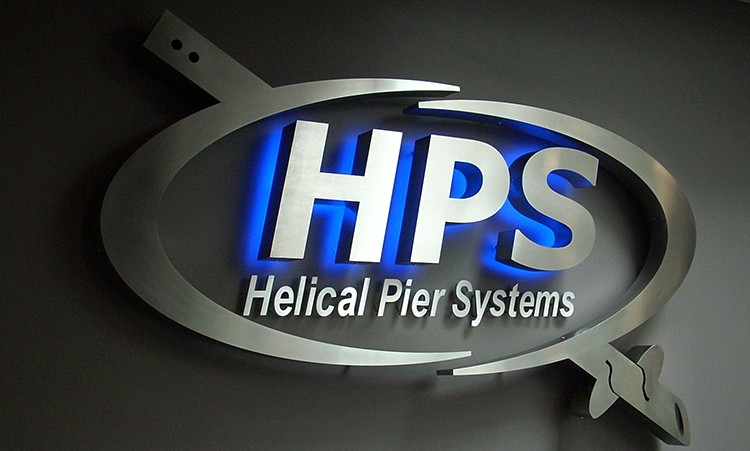 Also known as halo-lit or back-lit, Reverse Channel letters are an extremely popular form of Channel Letters due to the unique lighting “wash” behind the letters once illuminated. The 3-dimensional, detail orientated fabrication of the letters makes reverse-channel a great option for both interior and exterior applications.

Reverse Channel Letters are illuminated by LEDs contained within the letter: 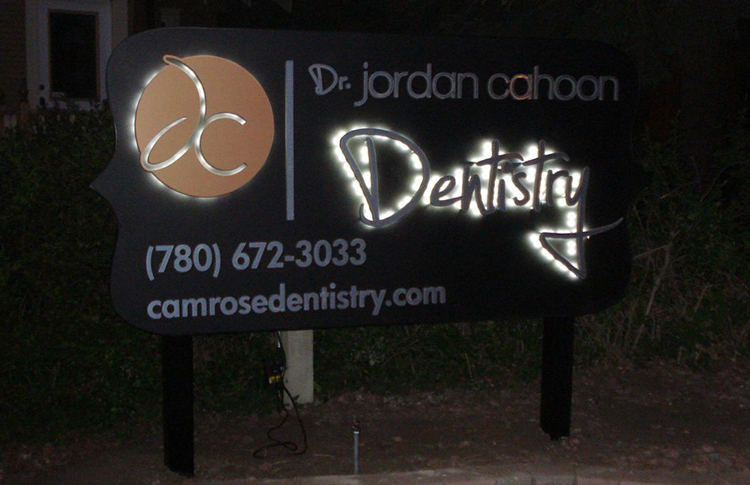 The LED modules have been placed incorrectly to face the backer.

Unlike Face-Lit letters, which have to be constructed of translucent material to allow the illumination to pass through, reverse channel letters can be constructed of a variety of materials and finishes including:

Our experienced installers will install your signage display efficiently and safely, in accordance with our industry leading safety program and COR workplace safety. Reverse channel letters can be installed in the following methods:

To achieve the illuminated “glow”, letters have to be stooled (pinned) of the wall or mounting surface at an average distance of 0.5″:

A raceway is a rectangular mounting structure that serves as an enclosure for the channel letter electrical components such as powerpacks and transformers. Our raceways are manufactured to hinge open, reducing service costs in the future.

Halo-Lit letters are ideal for any organizations seeking a professional and prestigious look.

Request a Quote on new Reverse Channel Letters for your business today!