Since founding in 1947 we have seen trends come and go, but even the most technologically advanced display cannot compete with the unique look of classic neon signs. As we celebrate 70+ years  in business, we looked back at some of our favourite neon creations we’ve completed over the years:

At 22′ high, these open channel letters remain one of the largest sets we have ever completed! Located at 112th Street & Jasper Ave, the display was easily viewed from the former Molson Brewery (far right corner): 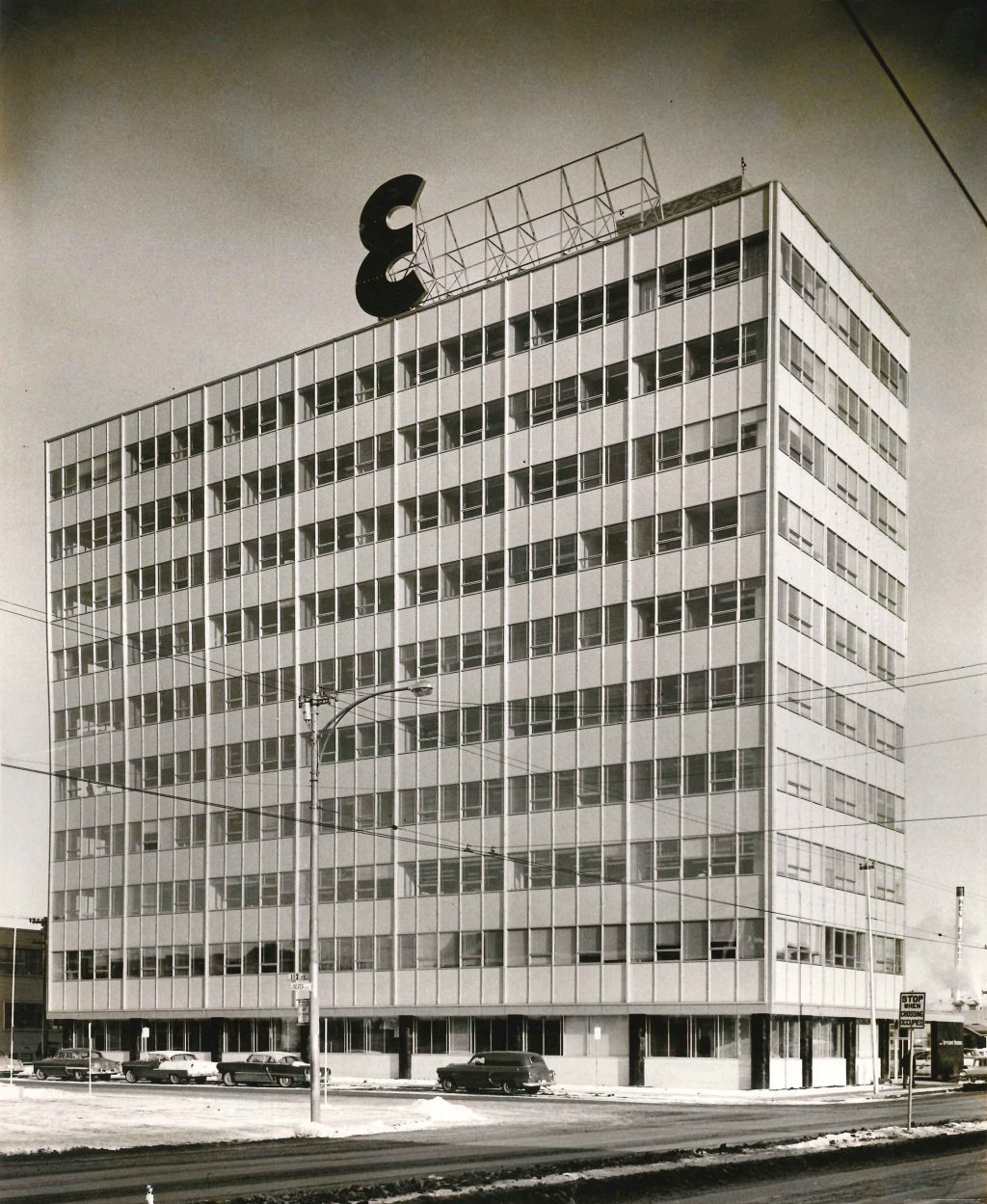 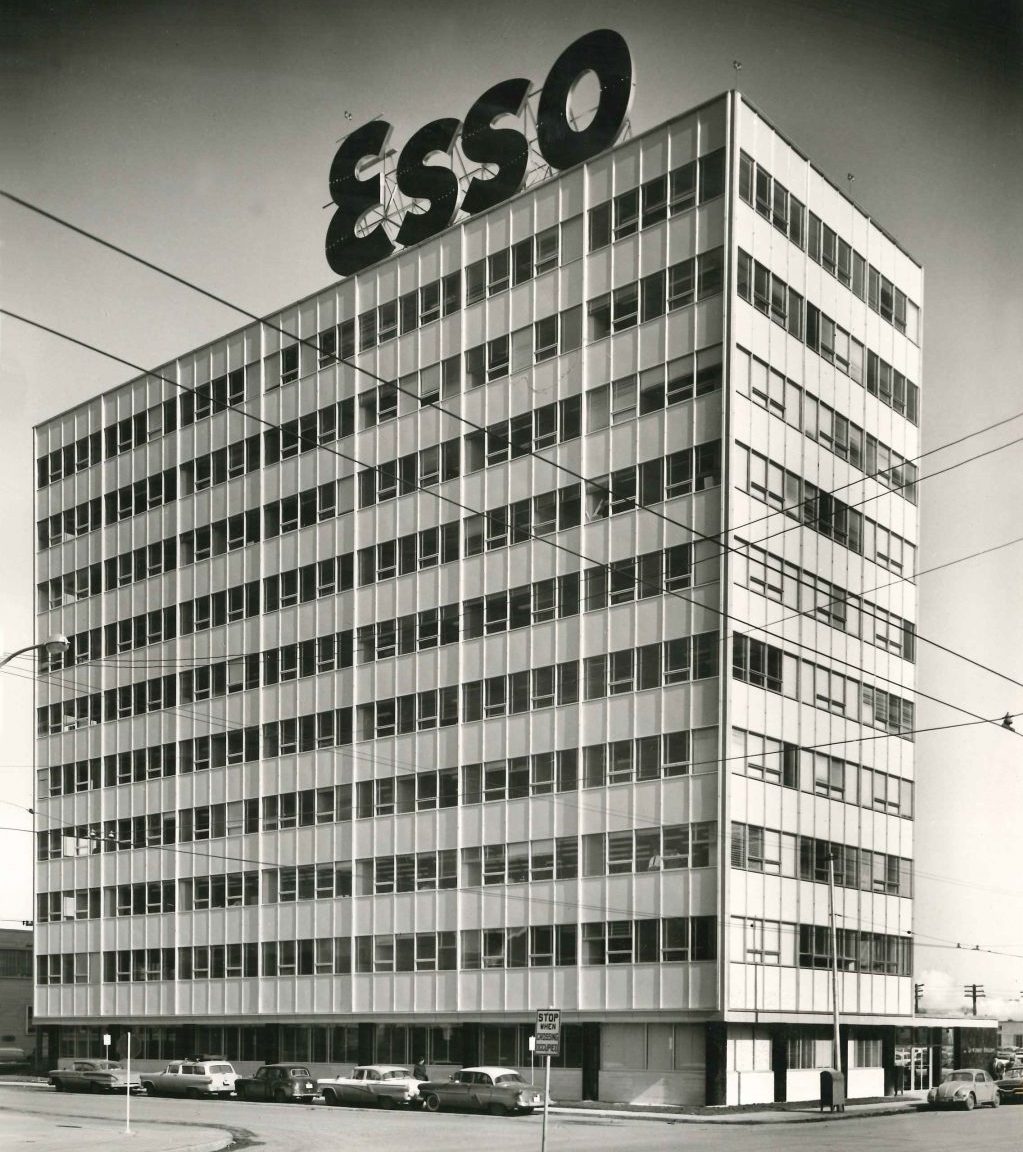 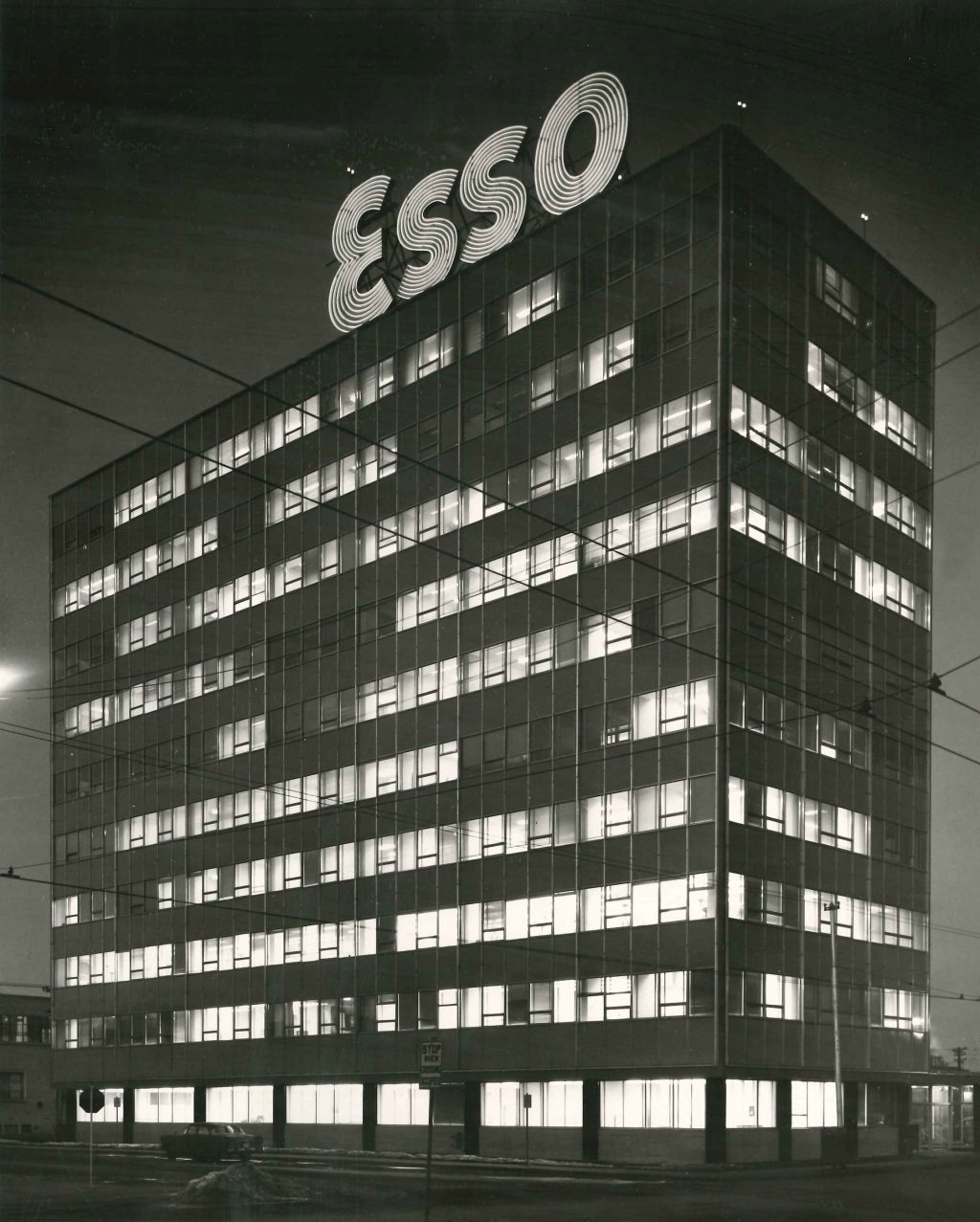 Opened in 1948, Seven Seas Restaurant located on Jasper Ave between 105 & 106 Streets was the first licensed establishment in Edmonton, and one of the largest restaurants in Western Canada at the time. Date of install estimated as late-40’s.

Demolished in 2010, the former Mayfair Hotel on the corner of 108th Street & Jasper Avenue in downtown Edmonton featured both exposed neon and internally-illuminated letters. Photo date estimated at late 1950’s. 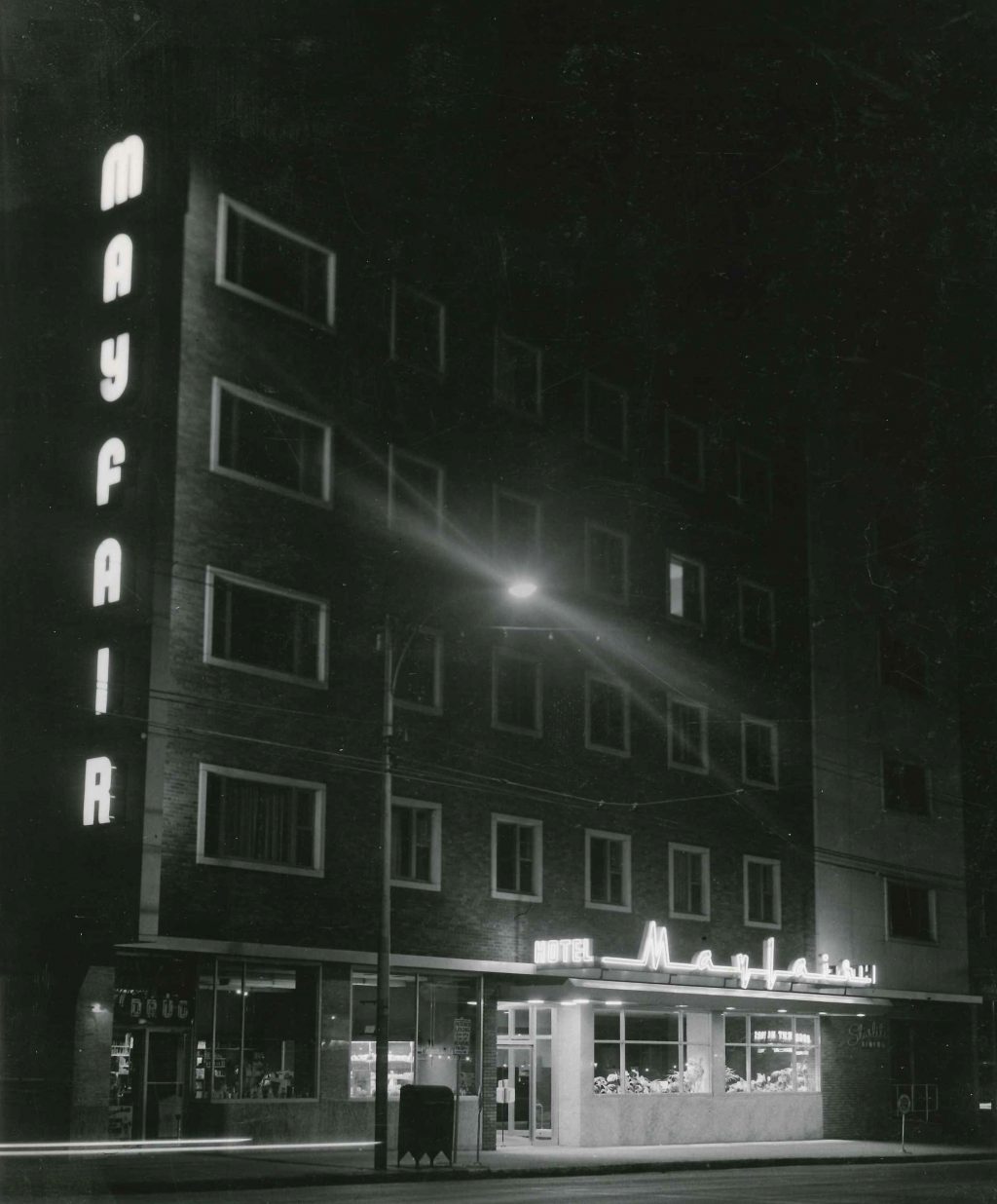 Founded by George Prudham in the 1930s, Prudham Construction in South Edmonton was renamed Prudham Building Supplies in the 1940’s. (Photo estimated as early 1950’s). 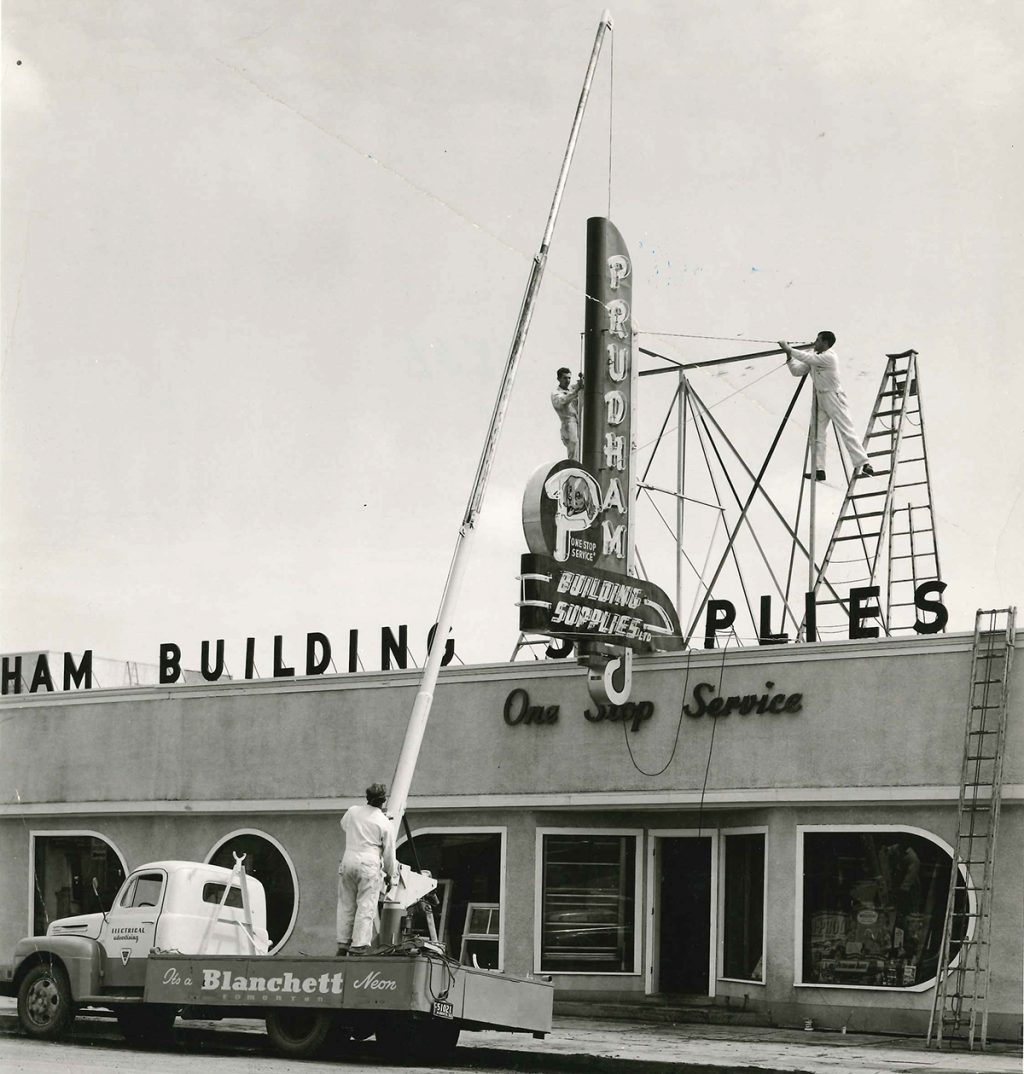 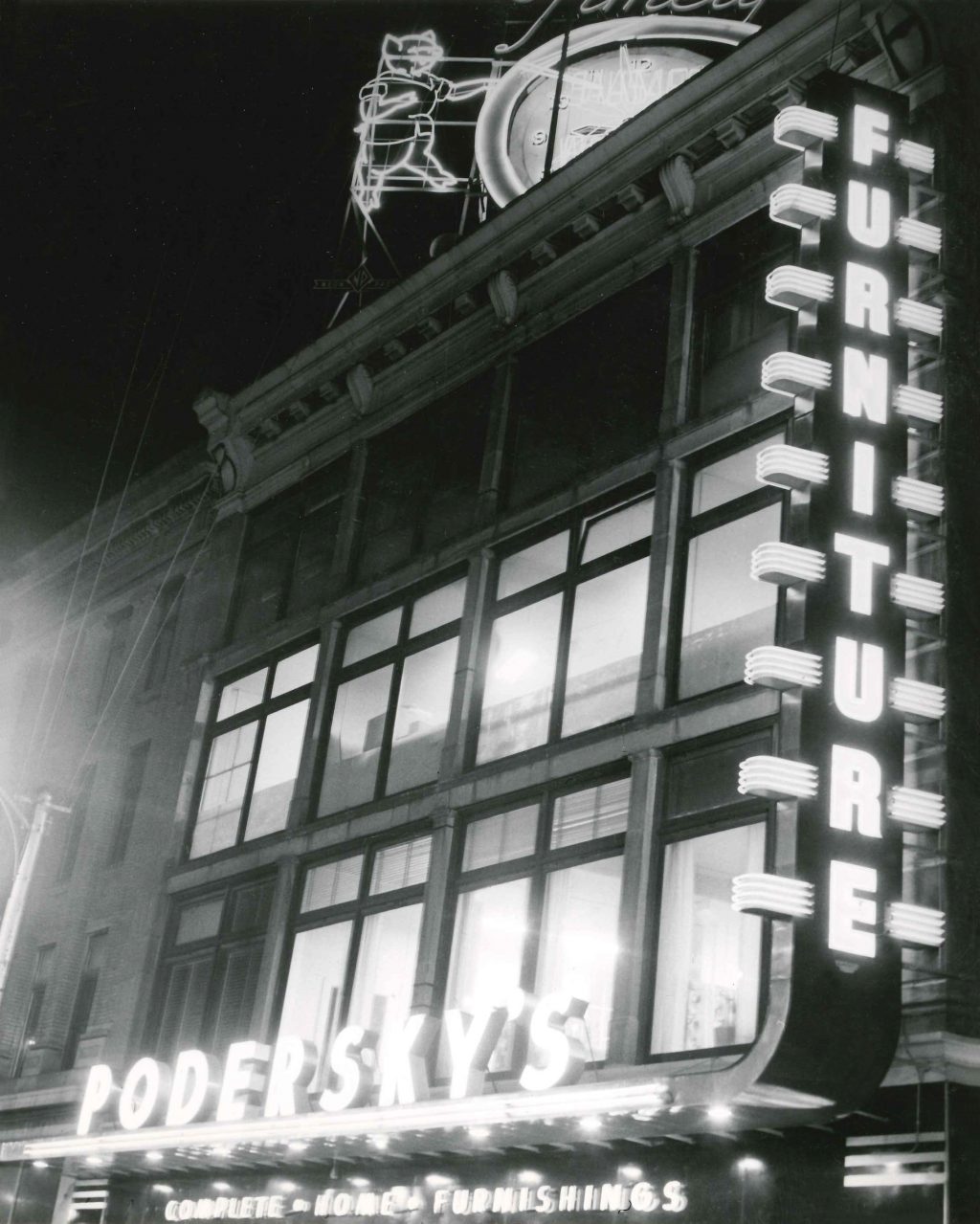 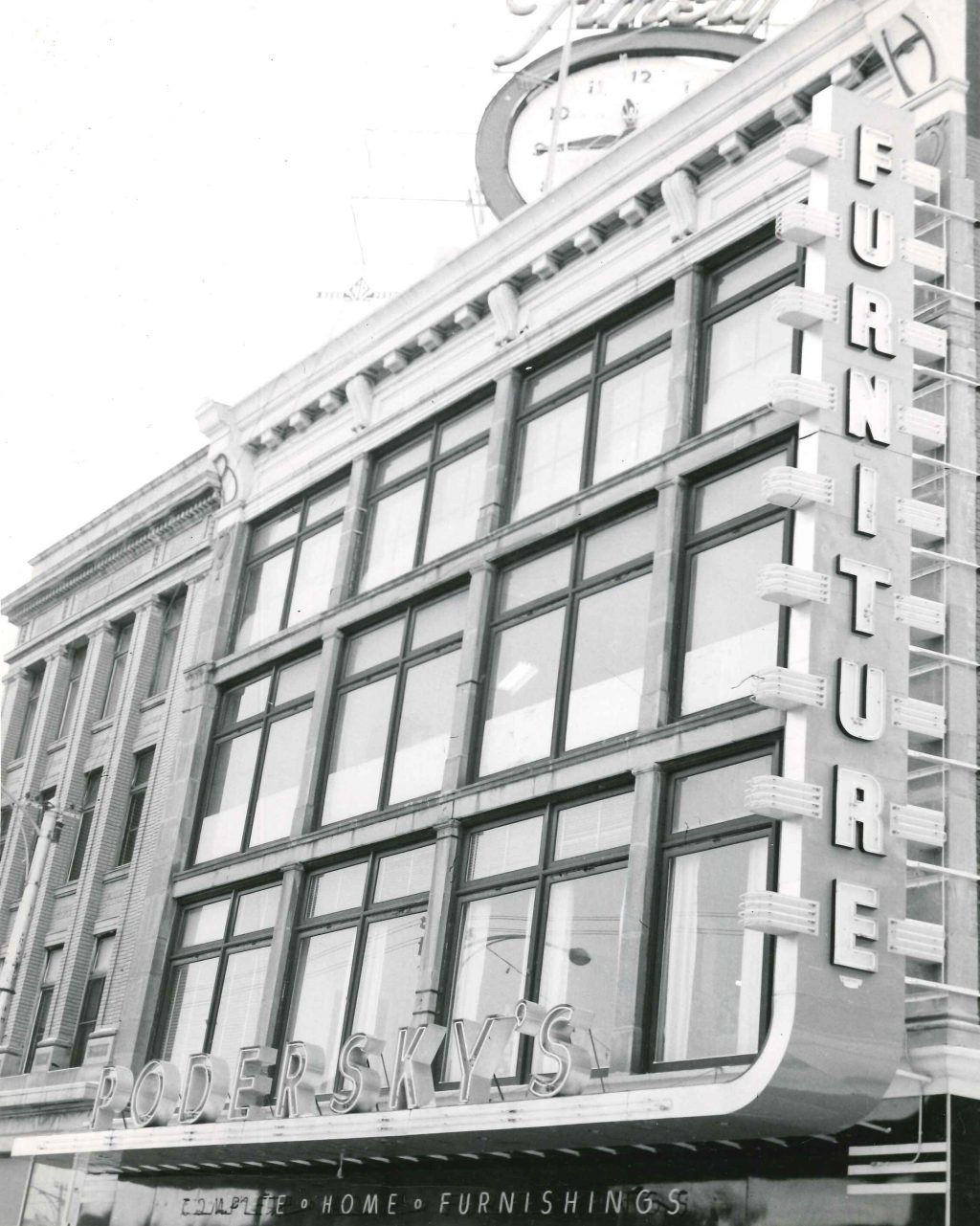 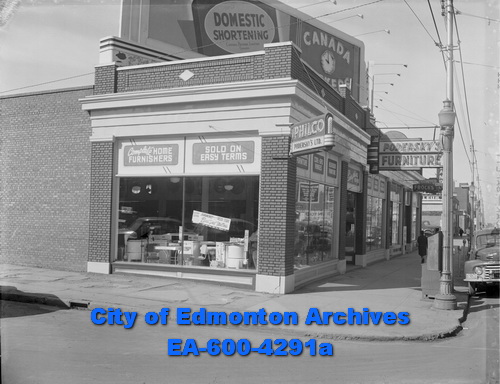 Photo via City of Edmonton Archives.

The iconic Rainbow Ballroom located on Whyte Ave and 108th Street was THE place to be Friday nights in the 1950’s & 60’s to catch the best local talent and dance the night away. The venue was rebranded as a bingo in the 1980’s and eventually demolished.

Currently known as Waterloo Ford, this classic Edmonton sign was installed in the early 1950’s.

Currently rebranded as a Howard Johnson on the corner of 156th Street and Stony Plain Road, the former Saxony Motor Inn sign was installed in 1966.

Installed along the main corridor in St. Albert, this classic neon sign stood high above a classic cars meet up that took place most Friday and Saturday nights until the business closed in 2003. 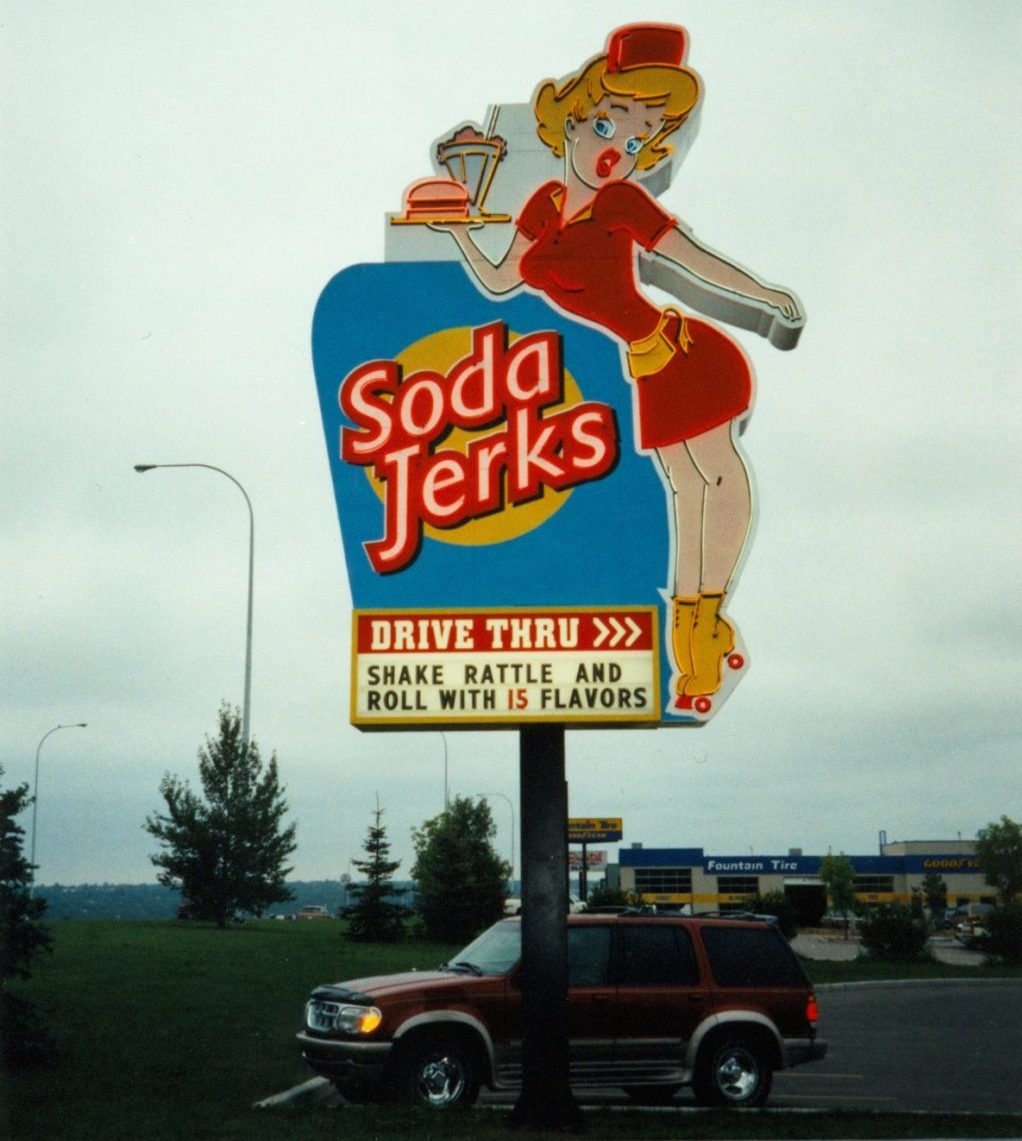 Initially installed in the mid-1980’s, this display has been upgraded several times in the years following. 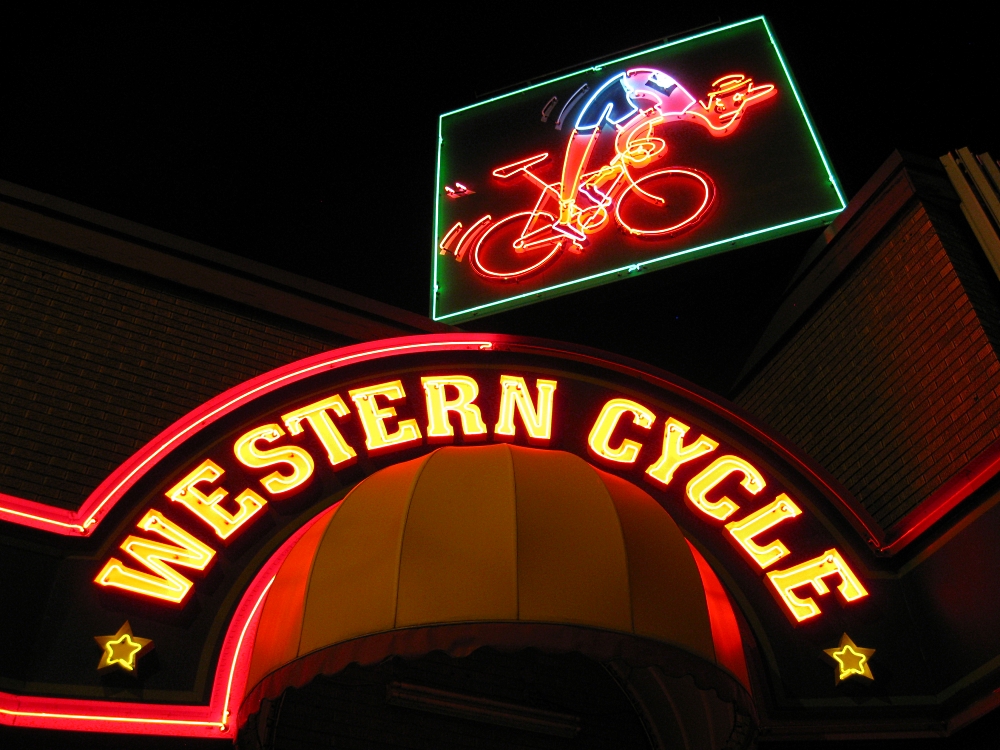 In the late 1990’s when a private ownership group opened three new casino locations in Edmonton and Calgary, it was our honour to supply these unique neon signs to their prominent Yellowhead Trail location.

No feature on our favourite neon signs would be complete without mentioning what is quickly becoming a can’t miss downtown attraction; the Edmonton Neon Museum. A collaboration between the Alberta Sign Association and City of Edmonton, all displays featured in the outdoor museum have been generously donated by their current owners and restored by local sign shops. These are a few of the classic neon signs currently on display that we have restored or even originally manufactured:

Originally manufactured by Blanchett in the early 1970’s, the owners kept the projecting sign following closure of their business in the 1990’s. The classic neon sign was refurbished and re-installed at the Edmonton Neon Museum in 2012. 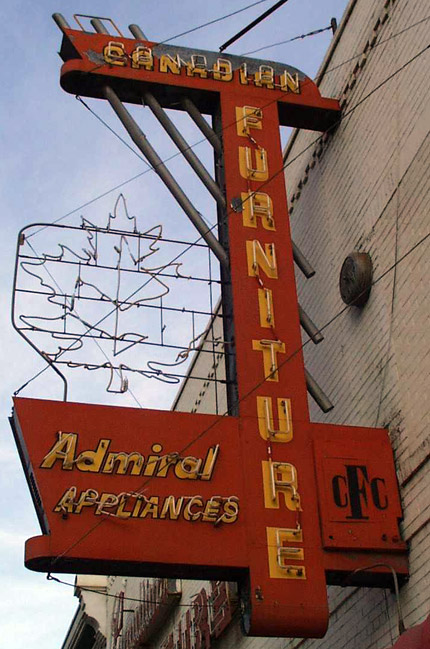 This specific sign was originally located in Calgary, but is similar in style to many displays located here in Edmonton. Blanchett Neon originally manufactured (date unknown) and in 2012 restored this display. 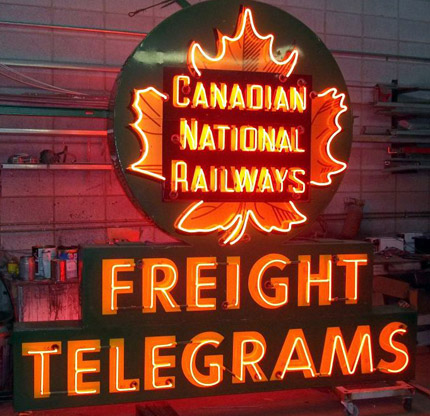